After the intimate church wedding, the couple celebrated their nuptials in a lovingly decorated modern venue overlooking the glorious Yarra Valley vineyards. 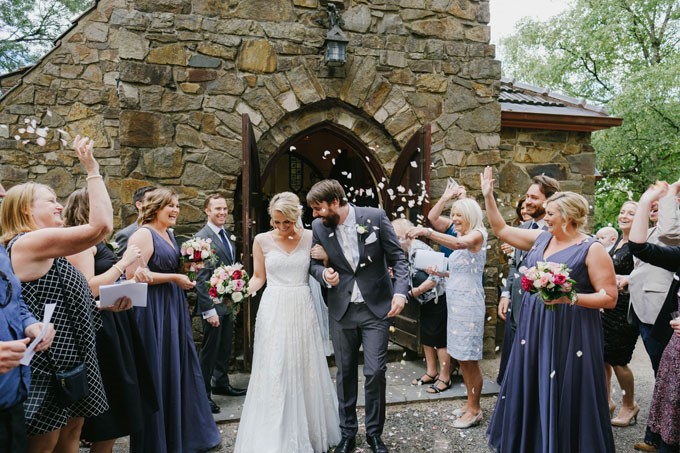 THE BEGINNING OF THEIR LOVE STORY was romantic and old-fashioned.  Kaitlin and Christopher met at a bar where they saw each other from across the room. “After a clumsy introduction by Christopher’s friends it was obvious that there was something special between us”, said Kaitlin. “We have been inseparable ever since”.

THE PROPOSAL was nothing fancy, but for them it was perfect. Christopher popped the question one Sunday night while they were sitting on the couch. For him, it was the ideal time to propose as this moment encapsulated the real beauty in the everyday moments and that’s what marriage is all about.

THE BRIDAL PARTY comprised of three bridesmaids, Melanie, Kristin and Bethanie, as well as three groomsmen, Lucas, Dan and Steve. The girls wore floor-length chic dresses in steel blue by Jadore, while the boys were sporting mid-charcoal grey suits which were teamed with navy ties.

THE WEDDING GOWN was from Karen Willis Holmes. Kaitlin has been searching online for the perfect dress and kept being drawn to Karen Willis Holmes designs. She tried about 15 different styles, but she knew that the second one with its fine beading, keyhole back and small train was ‘the one’. Her sister welled up with tears when she saw the bride-to-be in the gown.

THE GROOM’S SUIT was a mid-charcoal grey and teamed with a crisp white shirt, off-white tie, and pocket square in the same shade.

THE THEME was ‘classic elegance’, and it perfectly suited the wedding venue which was set amid the sprawling vineyards of the Yarra Valley. They incorporated a range of beautiful colours including steel blue, charcoal, white, light and dark pink, maroon and dark green.

The BOMBONIERE represented Kaitlin’s Greek heritage. They had infused rosemary twigs in tubes of olive oil and olive branches on each place setting. The olive branches symbolised a blessing.

After being stressed out the week leading up to the wedding, when I woke up on the day I was surprisingly relaxed and calm. I just had a lot of fun right from the start of the day getting ready with the girls and my family and then walking down the aisle with Chris. It was everything I dreamt about.

THE CEREMONY was held at a quaint church in the Yarra Valley where Christopher’s grandparents were married and also buried in the small cemetery. It was where Christopher had always dreamt of getting married, and his dream came true. The church is beautiful and set in the hills, surrounded by lush trees and greenery. The couple has spent a lot of time in the area as Chris grew up there. Having their Vicar, Andrew Smith to marry them was an honour for the couple. They had many insightful counselling sessions with him in the lead-up to the wedding. Getting to know him better and talking about the important things in a relationship was one of the most exciting parts of the wedding planning. The ceremony was truly unique.

THE RECEPTION was at DiVino Ristorante at Mandala Wines in the Yarra Valley – the home of the couple’s favourite chardonnays. They wanted to celebrate their nuptials among the rolling hills and grape vines, but instead of an open-air venue, they picked a contemporary indoor space featuring glass walls. “We loved the space which is modern but also drenched in beautiful timbers and an open fire”, they said. They hosted an elegant banquet-style reception for 80 people with a delicious menu created by Italian chefs.

THE FOOD perfectly complemented the famed Yarra Valley wines. And, since everything was well planned and meticulously organised by the staff, the couple was able to totally relax and thoroughly enjoy the day.

I had always imagined how it would be; the church, the reception and the bride. In my mind, I had pictured it and when the day finally came, it was far better than I ever thought it could have been. It was like a party with all of your favourite people and you are there with your favourite person. 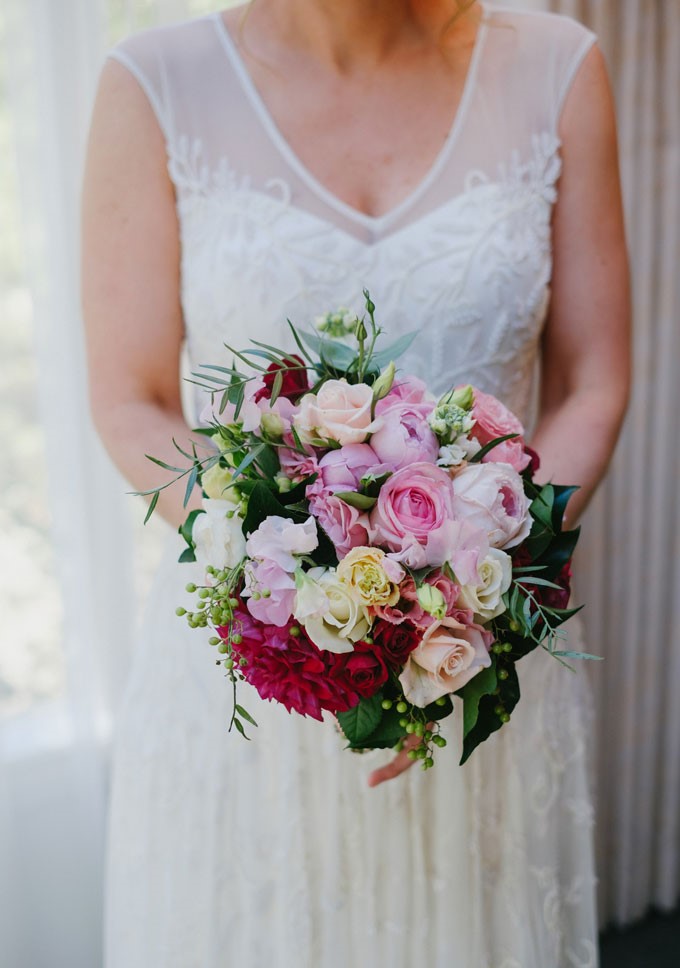 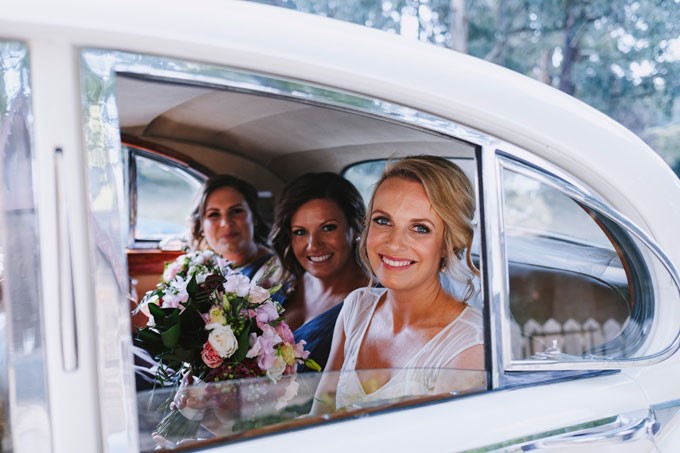 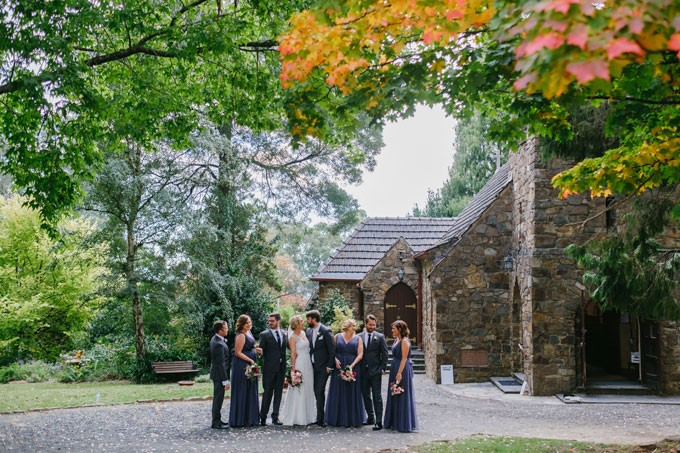 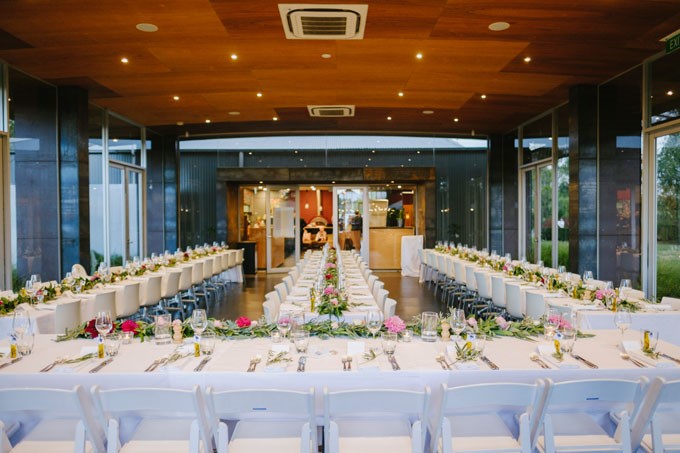 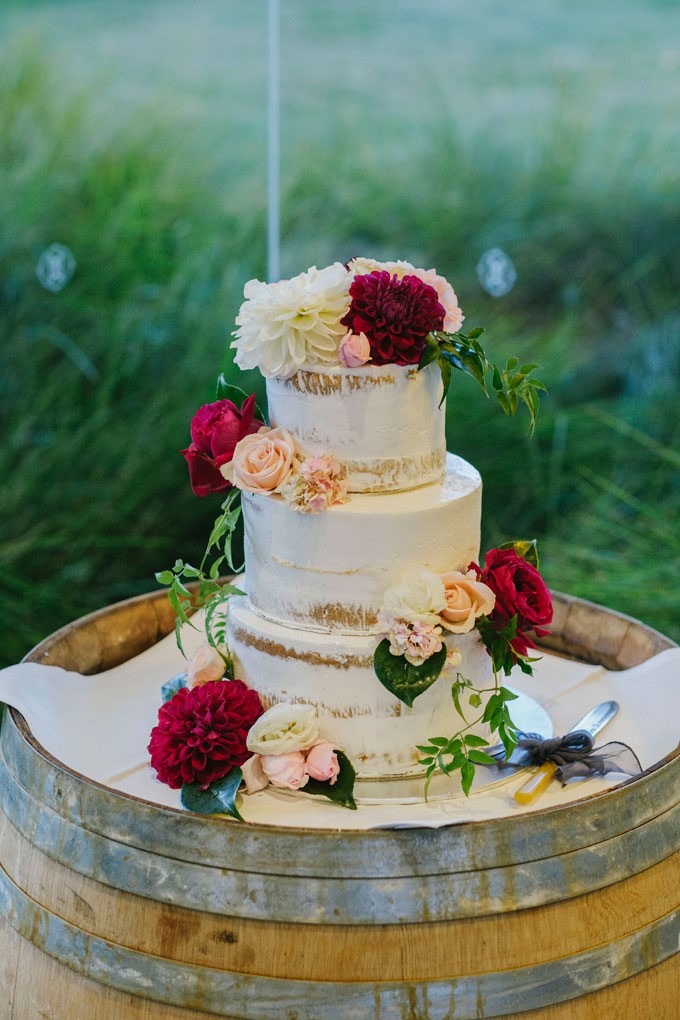 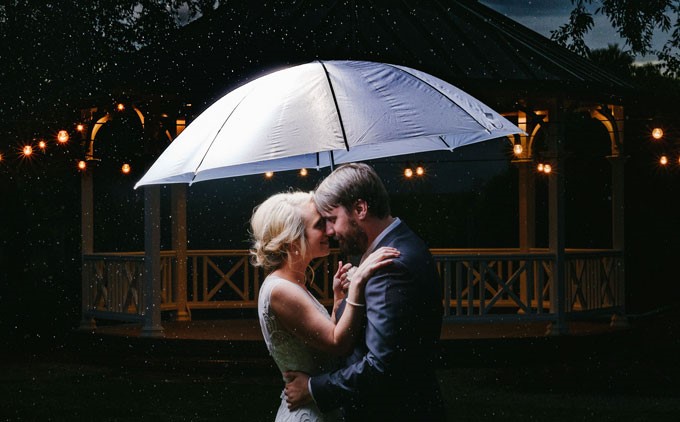 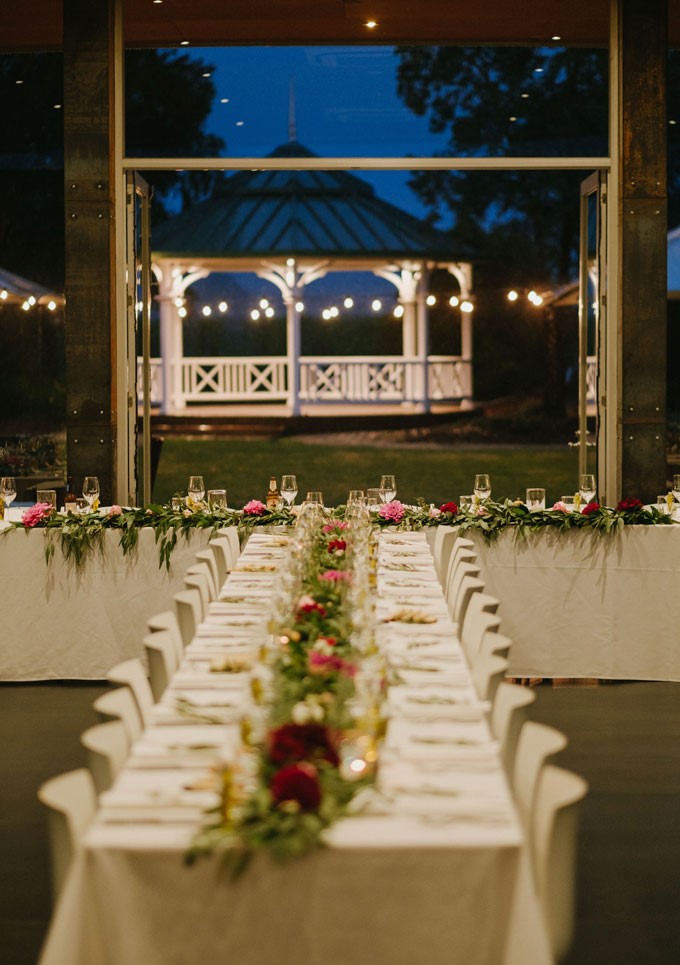 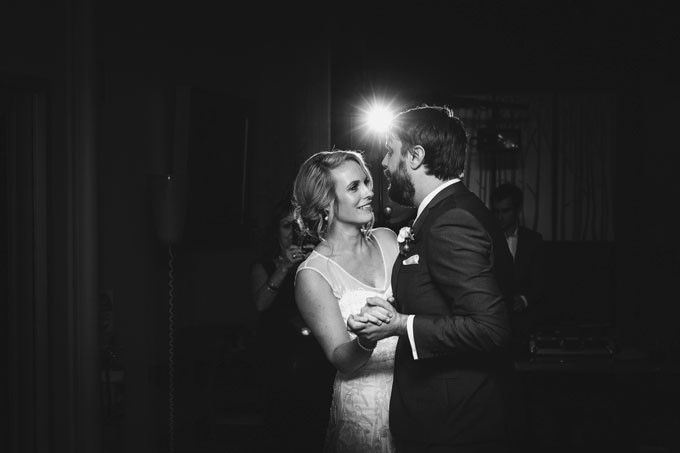