The couple styled their stunning wedding venue in Macedon, Victoria with plenty of greenery, natural hues and details in copper and blue. 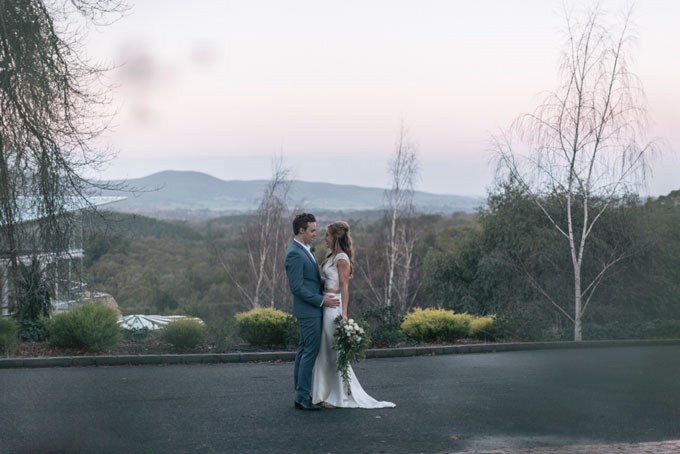 Their love story began ten years ago. A few of Julia’s friends were seeing a few of Tom’s friends, and it made for many fun nights out. Eventually, they started dating, but they were never in a hurry to get married. They already had son Fenix when Tom popped the question.

The proposal happened in a luxurious villa in Hepburn Springs. “Jules, you deserve a break”, he told her and gave her magazines, champagne, delicious prosciutto and strawberries. Meanwhile, he went upstairs to light the fire, put the music on and dress their son up. When Julia entered the room, he asked her to take Fenix’s jacket off, and then she saw his custom-made bodysuit with the words “dear mum, will you marry dad? love fenix”. His grandmother’s ring was in a small jar filled with sand from their  favourite beach, Jan Juc and Tom was down on one knee.

The Bride’s Gown was a sleeveless column silk and lace dress by Karen Willis Holmes. She wanted to wear a comfortable two-piece outfit so that she can pick her son Fenix up anytime and also rock the dance floor during the reception. She styled the dress with pearl earrings borrowed from her mother and a pair of shoes from Nine West.

The Bridal Party included Julia’s maid of honour and Tom’s three groomsmen. Julia let her friend Zoe pick her maid of honour dress and it was a stunning pink frock by Bec and Bridge paired with shoes from Skin Footwear, while the boys were dressed in suits by Jack London and opted to go without a tie because the wedding was modern and casual. Their son Fenix was one of the three groomsmen, who looked adorable dressed in Bardot Junior.

The theme was an intimate winter dinner party with phenomenal food and wine. The wedding styling was designed to connect the mountainous backdrop and the restaurant through free-flowing greenery and with copper and blue highlights to modernised the space.

It’s worth its weight in gold to use trusted suppliers to bring your vision to life so you, your family and closest friends can enjoy the lead-up and getting ready together as well as relax the next day.

The ceremony was held at the Macedon Wine Room. They discovered the place by accident when they went on a spontaneous trip with their son Fenix. Even though they weren’t on the hunt for a wedding venue, as soon as they walked in and saw that breathtaking view, they knew it was the best spot for their big day. They asked Fenix if he thought mum and dad should get married there. He said ‘yes’, and it sealed the deal. The wedding venue offered stunning backdrops for their laid-back ceremony. With a small guest list and a short ceremony program, their guests casually gathered around them and cheered as Julia reached Tom at the top of the aisle.

The Reception: Since it was a winter wedding, the couple wanted an intimate venue that incorporated the ceremony, reception, accommodation, a view, and open fires, as well as phenomenal food and wine. They had a beautiful dinner party with a buzzing atmosphere created by live music and styling.

The space was styled in natural hues with copper and blue highlights. The welcome signage, linen napkins and kombi were in blue, bouquets and centrepieces were enriched with lush greenery and copper cubes to add a modern touch to the table setting. With Tom, his father and Julia’s father working in the wine industry, having incredible wine at their reception was a must. They had sprawling cheese and dessert grazing tables and two magnums of quality vintage ports from 1977 and 1986. Both wines had been lying in their father’s cellars waiting for the perfect opportunity.

Throughout our wedding, it was really important to us not to feel rushed, to enjoy seeing each of our guests, to have time together, and with our son Fenix. We had limited speeches, with just our parents and us speaking, so they were finished by 7:00 pm and we could all relax into the night. 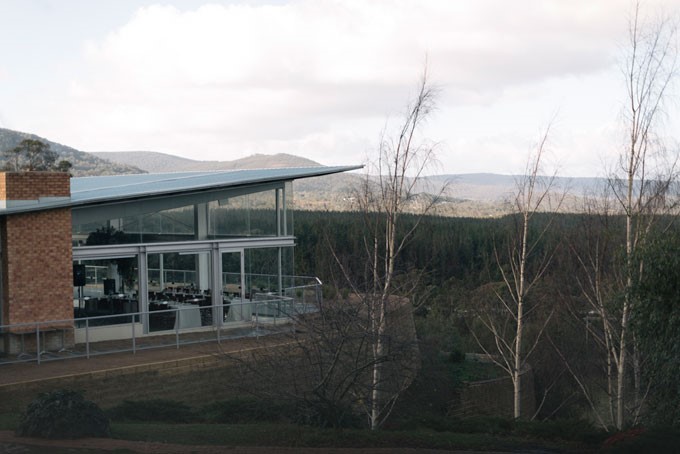 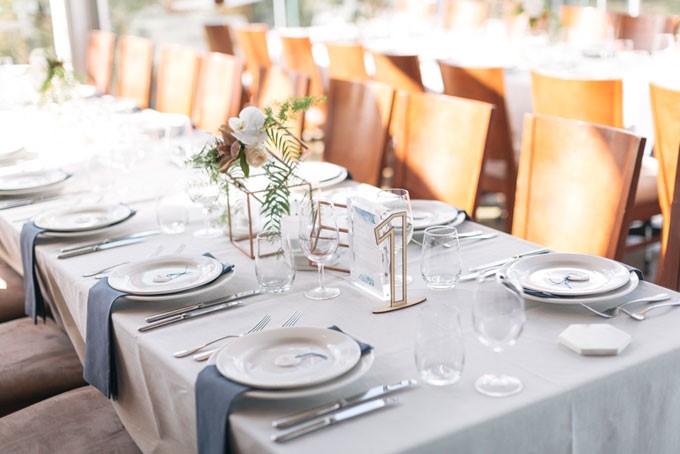 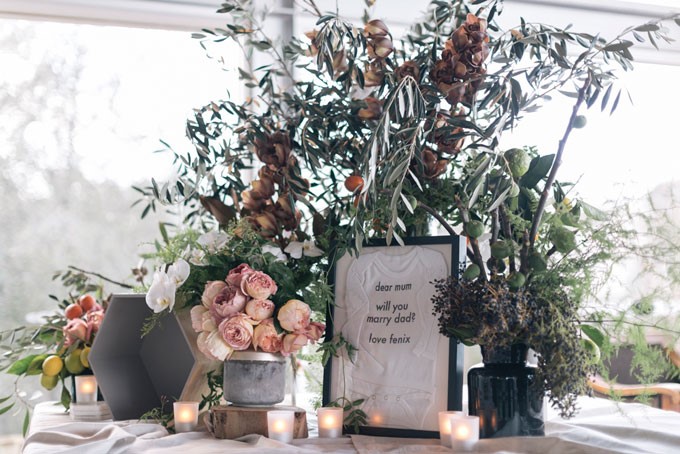 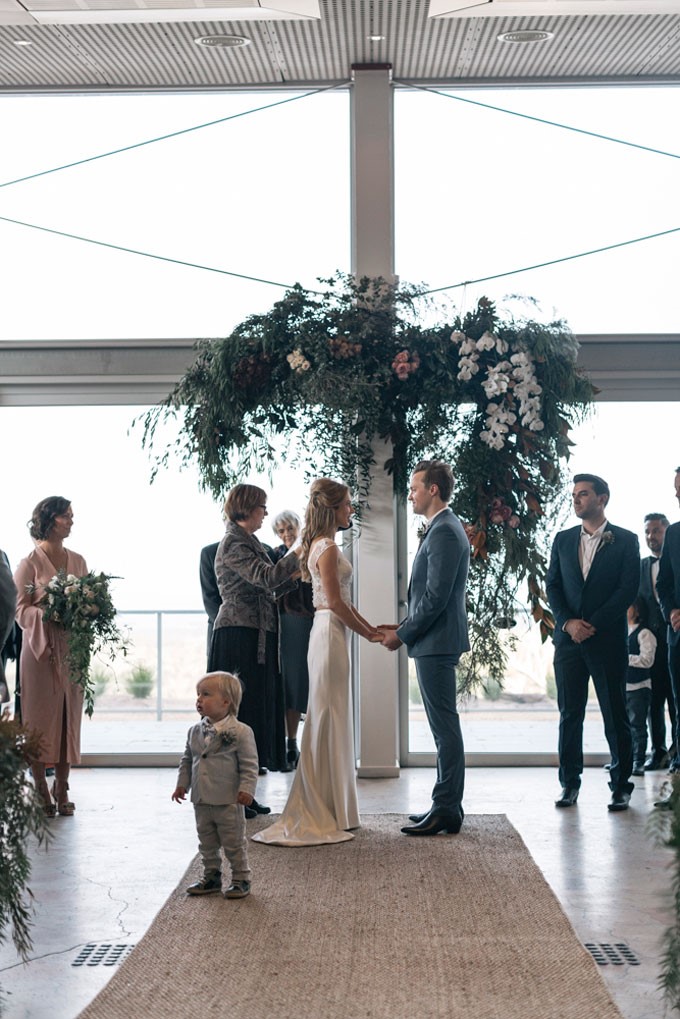 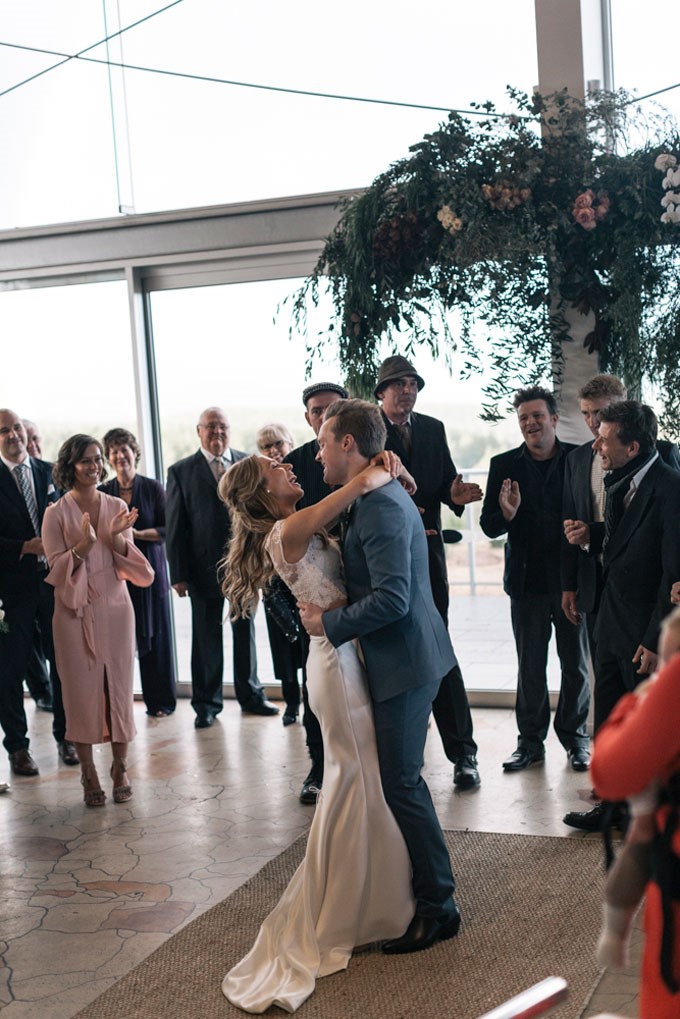 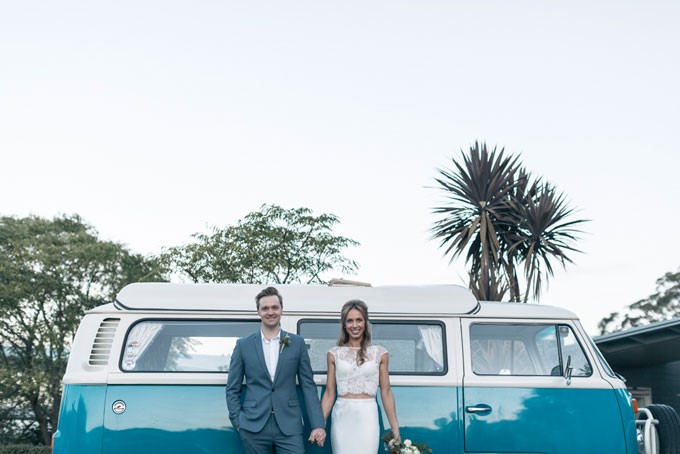 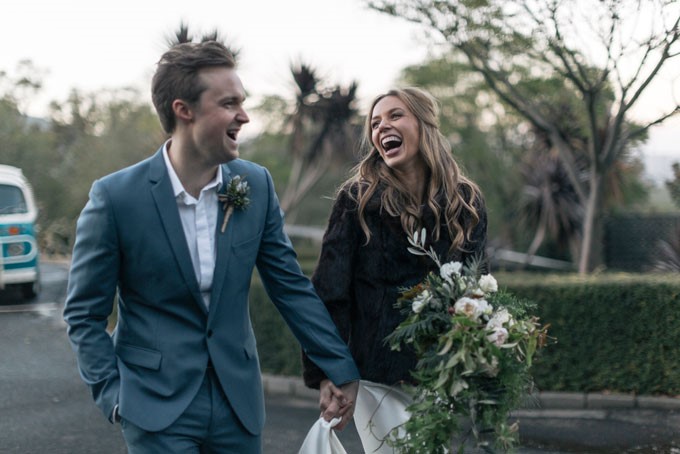 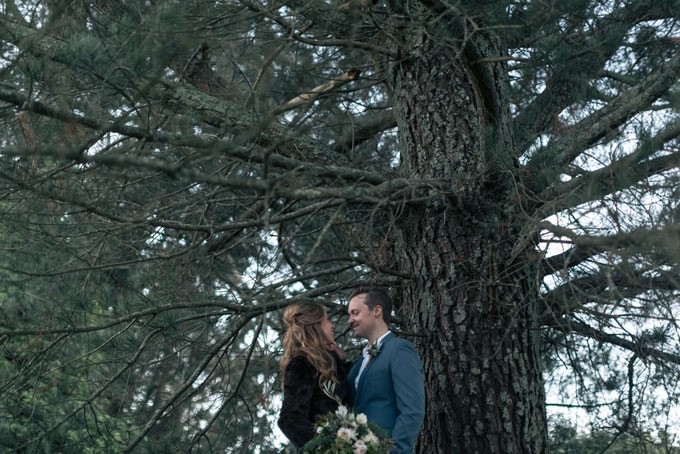