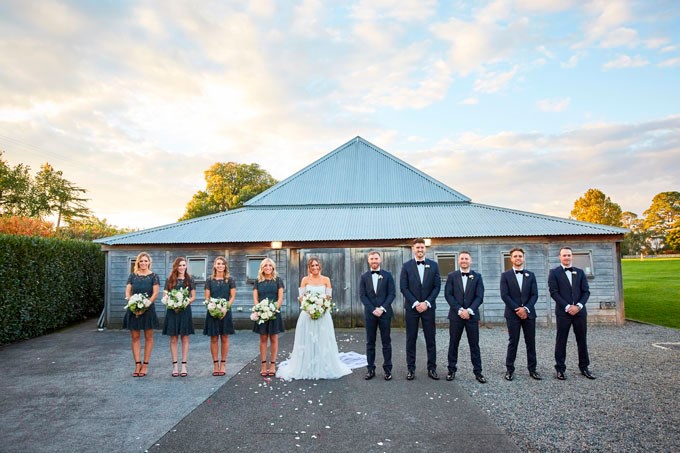 Their love story begins like a fairy-tale. Meredith and David were only 17 when they first met each other. They went to the same school and destiny made sure that they both participated in a school play. Meredith was Cinderella, and David was the prince! And, the proposal was equally romantic…

For The Proposal David had organised a surprise holiday to Queenstown, New Zealand which is one of their favourite places. David secretly asked Meredith’s parents for permission to marry and arranged time off work, woke her up on a Sunday morning and told her a big fake story about why they were going away. Meredith completely fell for it and didn’t expect a proposal! They stopped at a stunning viewpoint near Milford Sound, and David got down on one knee and, of course – she said “yes”.

The Bridal Party included their family and best friends from high school, who mean the world to them both. On the day of their wedding, they both got ready in their respective family homes. It meant a lot to David to spend the morning with his family at the property where he grew up.

The theme was simple, classic and “us,” truly representing them as a couple. The wedding reflected who they are in every way.

Style Inspiration came from the season and the landscape. They really embraced the beautiful landscape of the Yarra Valley in Autumn. In a place as stunning as this, you don’t need to decorate. Meredith decided to make the most of it by bringing the changing season from outside into the venue through lighting and flowers. All styling elements were carefully considered and subtly linked, creating a continuity that quietly flowed and tied together.

My mum made my wedding dress! She is so incredibly talented and I’m so proud of what she created. Mum hand-sewed every last lace flower on the train. She called it “Falling Roses” as the lace flowers fell from the bodice and disappeared down the train of the skirt.

They were married in the Historic barn… “It was breathtaking! The chairs were surrounded by wine barrels topped with amazing white floral arrangements and autumn leaves. We used candles to create a glow. At the end of the aisle, we had two big floral stands that framed the barn doors which we stood in front of to exchange our vows” said Meredith. The couple truly embraced the season as autumn is Meredith’s favourite. Their florist Rita used green foliage, with rust tones and highlighted the arrangements with white flowers. Meredith loves hydrangeas, and Rita found the most beautiful pink-tipped flowers for her bouquet. As the ceilings at Yering are quite high, Rita created taller arrangements to fill the space, mixed with lower vases to decorate the tables.

The Reception was in the restaurant at Yering. David grew up in the Yarra Valley and had worked there when attending university. Clare and the team at Yering were incredible to work with and made the whole day just flow so easily. The couple had five long tables topped with alternating tall and small floral arrangements. They sat at an unofficial bridal table in the middle – they wanted the bridal party’s partners to sit with them and didn’t want to be facing out at everyone. They had a share style menu so everyone could taste a bit of everything – it was fine dining, but relaxed. Oh… and lots of wine and a whisky/dessert bar!

David and I took a little break halfway through the reception to have some photos in the wine cellar. It gave us a chance to have a moment together and take it all in. The night goes so fast, people are all over you – make sure you stop to appreciate it and each other for just a moment. 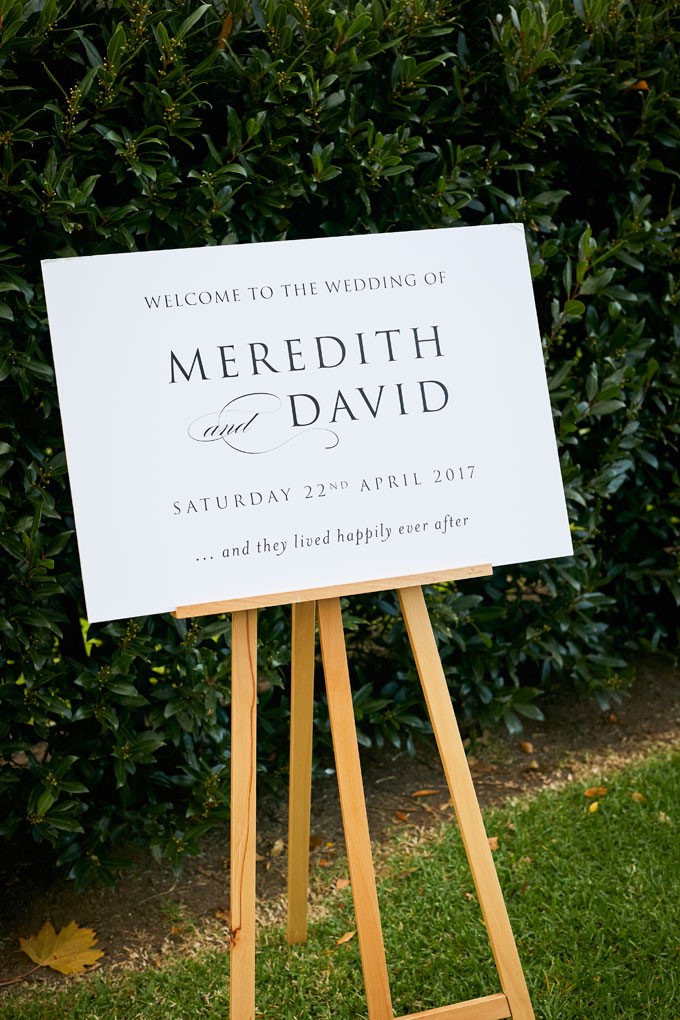 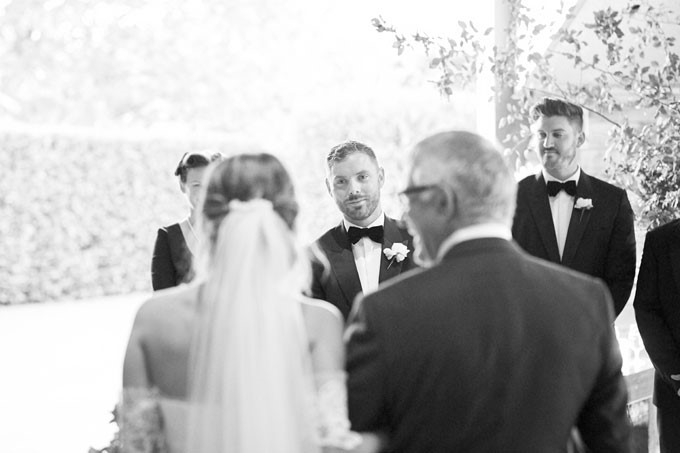 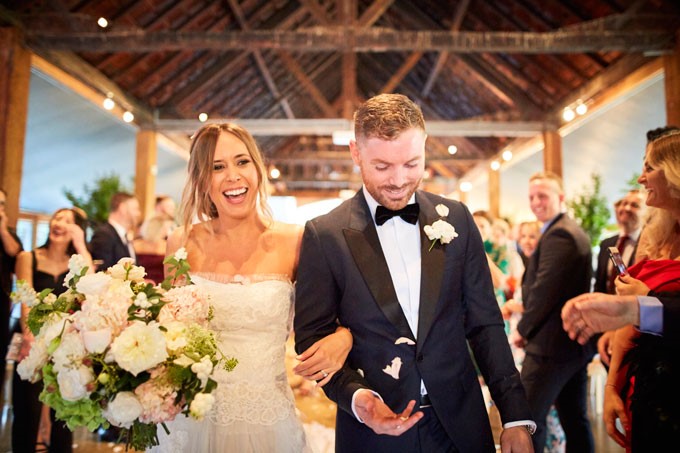 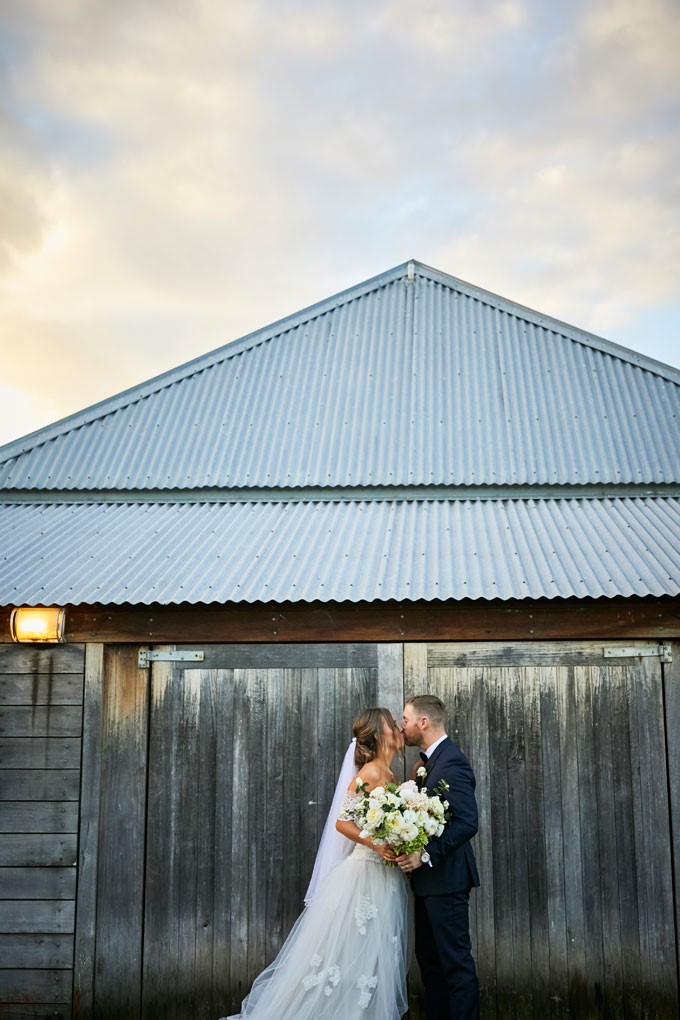 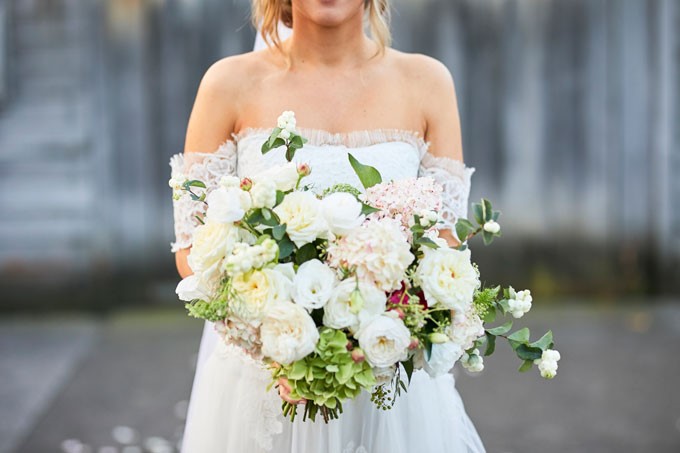 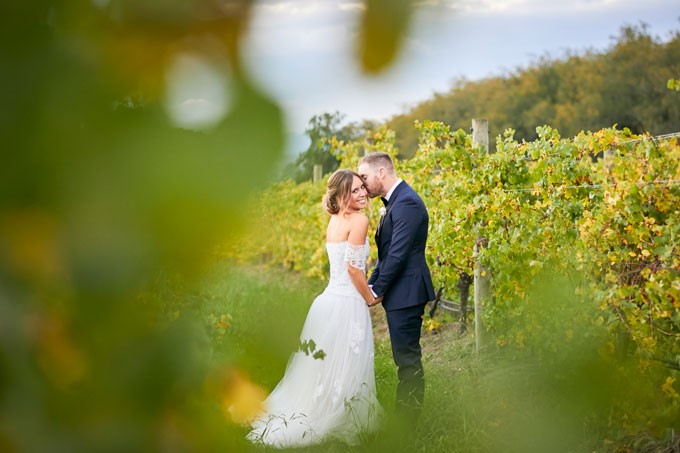 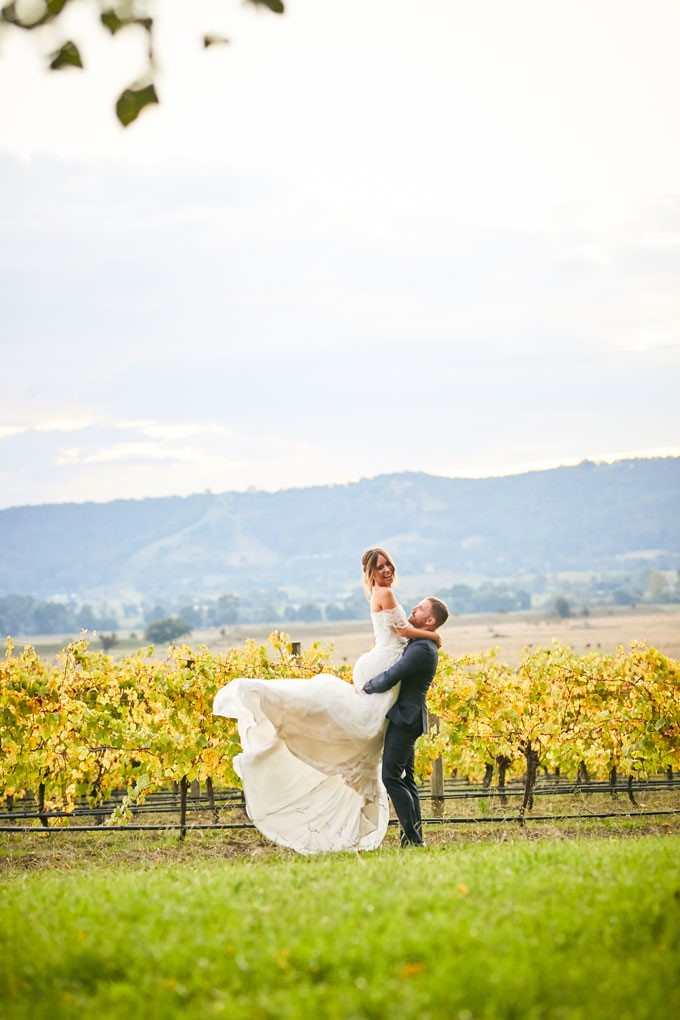 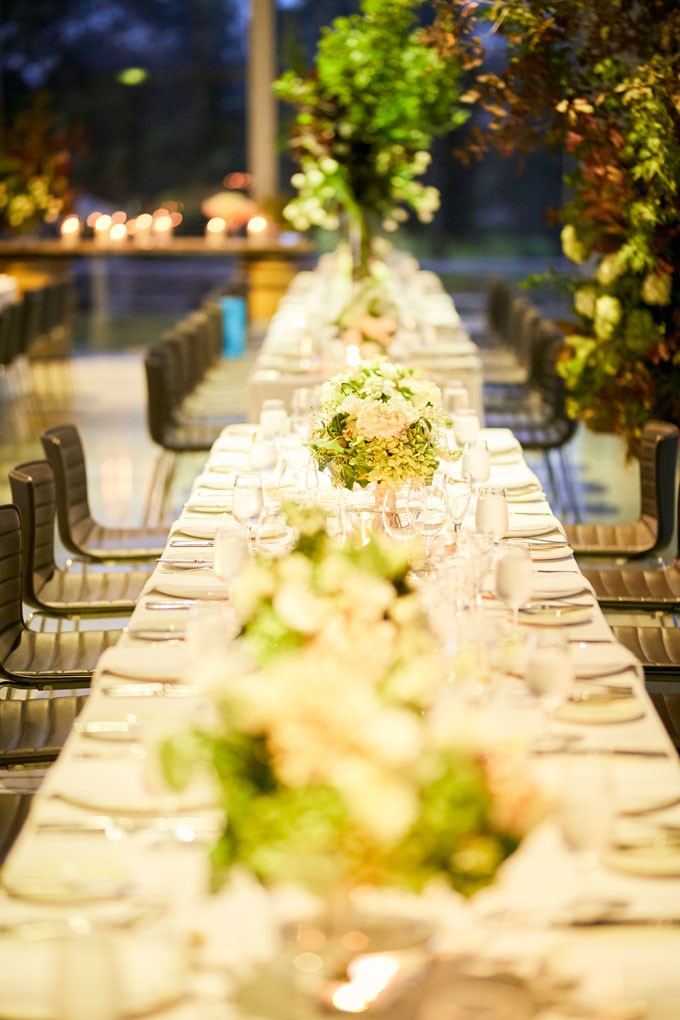 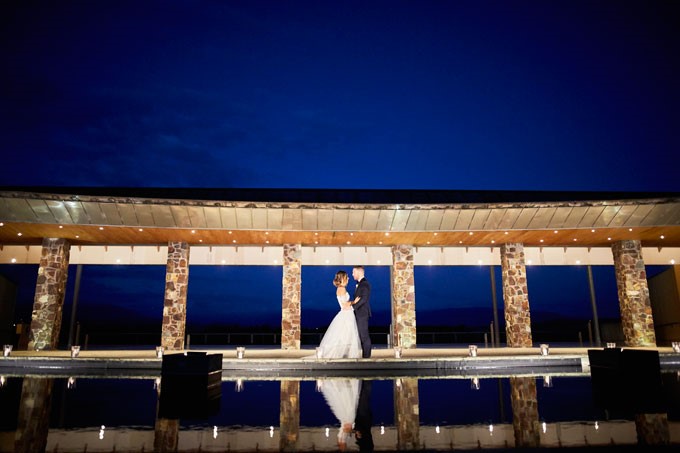 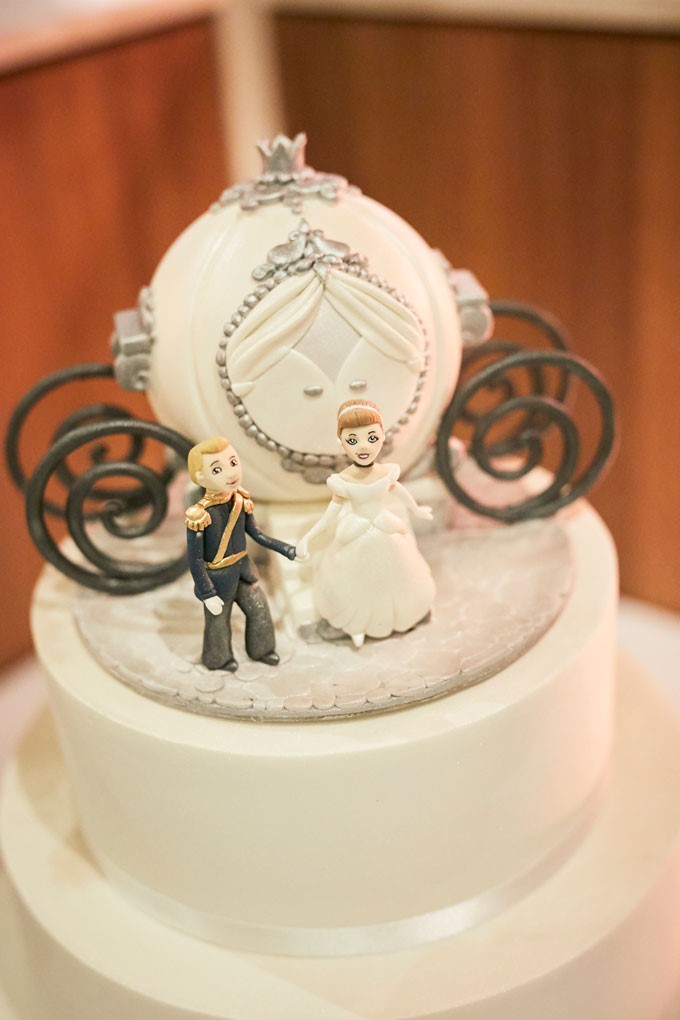 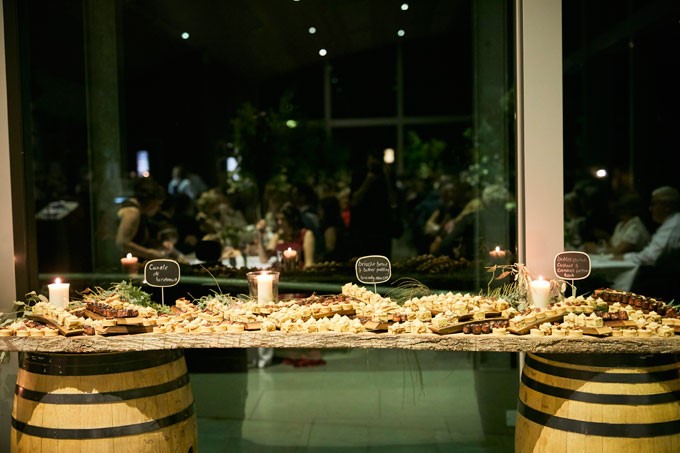 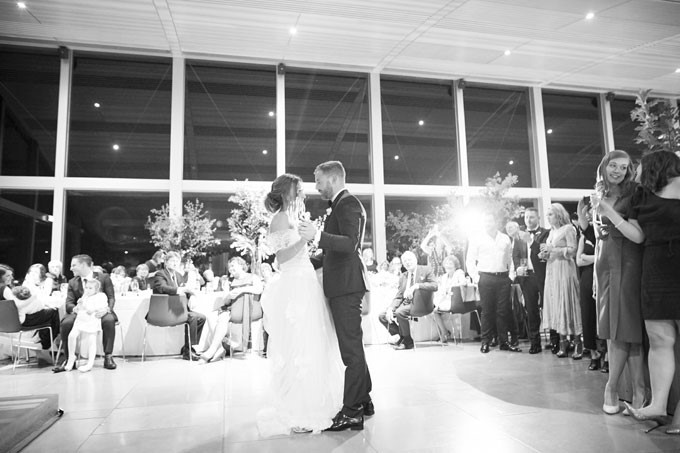 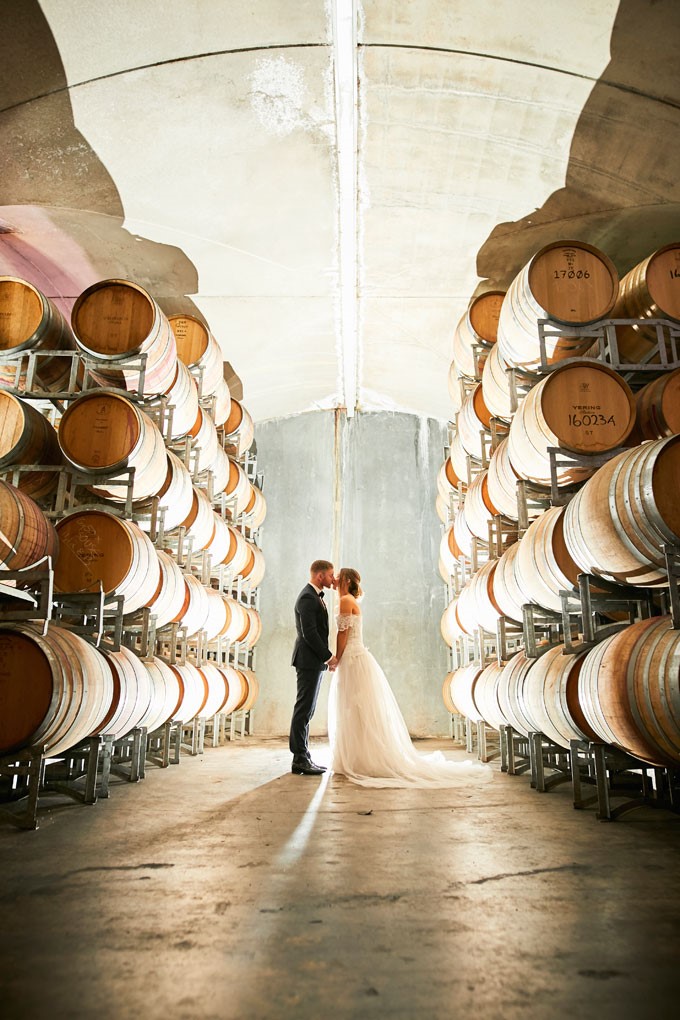