Inspired by the natural setting of their pretty outdoor venue, the couple opted for vintage and hand-made wedding décor. 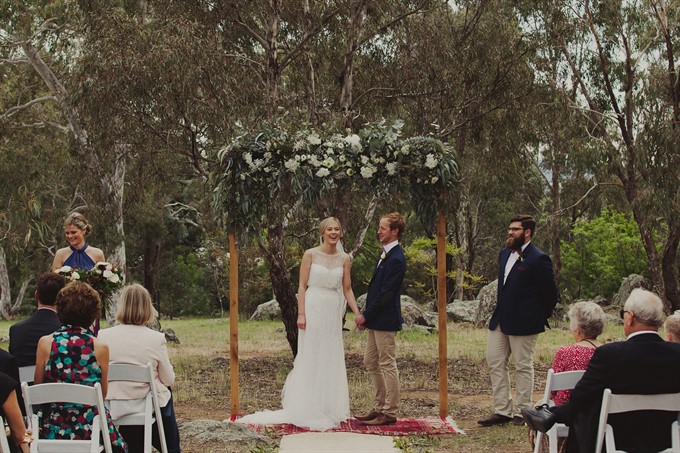 Sam had just returned from Africa when he went to visit his friend Grace. Here he spotted her housemate Willow and he was intrigued straight away. Willow however was not. Her first impression of Sam was that his manners left a lot to be desired. He accepted the challenge and a couple of weeks later persuaded her to join him for a trip from Sydney. He worked his charm and not long after he asked Willow out and the rest is history! 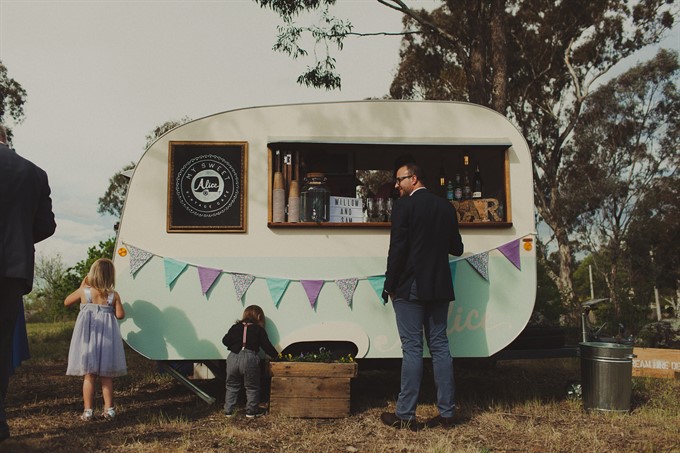 The proposal was well planned and perfectly executed. Sam had spent the five months prior tricking Willow into believing that he didn't believe in the concept of marriage. Willow was totally surprised when she arrived home and was greeted by Sam who was wearing a bowtie and suspenders surrounded by candles. Not until Sam was on one knee, ring in hand, did she pick up what was actually going on. 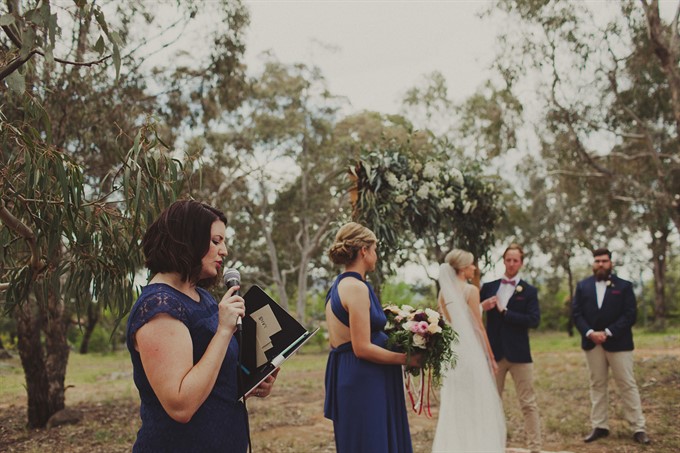 Their wedding ceremony was held in a beautiful nature reserve behind Sam’s mother’s house which is where they hosted the reception afterwards. They said their vows under a beautiful hand-made flower arbour which blended into the natural backdrop so perfectly and looked amazing in the photos captured by All Grown Up Weddings. 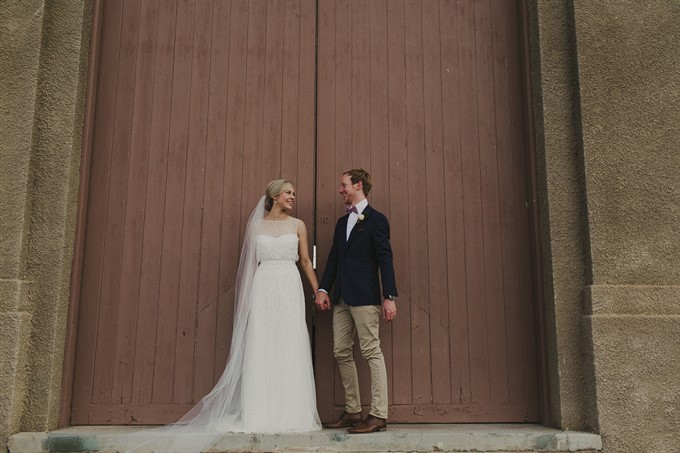 The bride wore a gorgeous white vintage-style wedding dress by Rosa Clará which was beaded in Spain! She accessorised the gown with a colourful bouquet, a long veil attached to her elegant chignon. The groom looked stylish in a blue blazer by M.J. Bale which he styled with camel coloured trousers and a patterned bow tie. They had only one bridesmaid and groomsman to keep things simple and intimate. 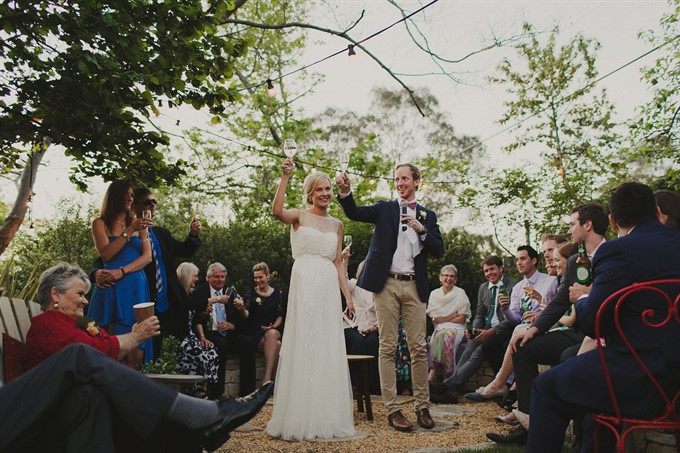 Some of our favourite features from the day were the handmade touches. We spent hours twisting wire and collecting vintage vases and jars. Sam's mum lovingly created dozens of cushions to spread around the reception and Sam's sister-in-law made our beautiful wedding carrot cake.

There were also a lot of gorgeous vintage details such as hand-made bunting which had been kept from a previous family wedding, old vases and jars Sam’s mother Jill collected and a retro caravan which served as a champagne bar during the ceremony. Shiny gold lettering spelling out ‘Sam and Willow’ on the wall of the back shed added a personal touch to their garden wedding. There was no official bomboniere, but rumour has it Sam was seen later in the evening handing out his mother’s handmade cushions to any guest who would want them. 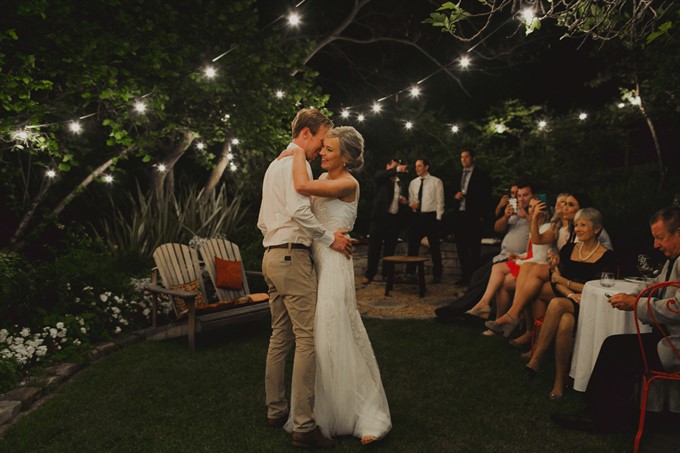