10 Fun Wedding Traditions From Around The World

Every country has its own wedding rituals, and we picked 10 of the funniest, craziest and most romantic traditions across the globe: 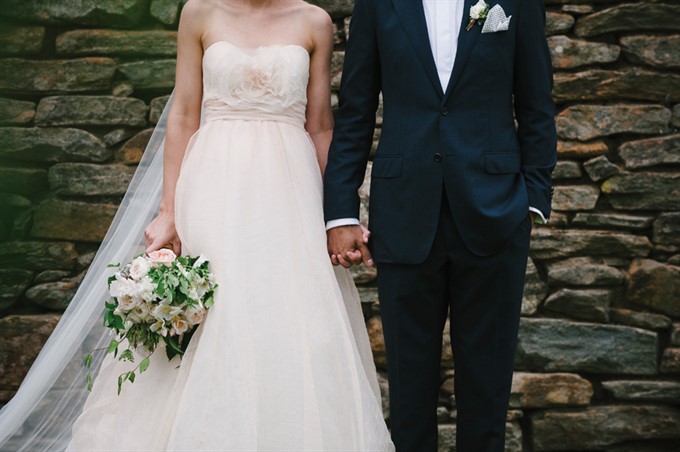 Perhaps you didn’t know about the old Bavarian tradition of log cutting. In Germany, the newly-wed couple has to cut a log in half on a sawhorse as soon as they step out of the church. This little performance is a lot of fun for the guests to watch, while the couple should demonstrate their ability to overcome obstacles in their new life together.

Denmark: The Guests Can Kiss The Bride & Groom

Denmark is the only country in the world where the guests are allowed to give a cheeky kiss to the bride or groom whenever one of them is left alone. At Danish weddings men can be seen queuing in front of the bride whenever the groom leaves the room, and the same goes for the ladies when the bride is out of sight!

India: It Is Time To Steal The Groom’s Shoes!

Weddings in India are particularly interesting for the bridesmaids, as they have a task to trick the groom during the reception and steal his shoes. They can then negotiate the price the groom needs to pay in order to get his footwear back.

Romania: Someone Kidnapped The Bride!

In Romania there is an exciting game of kidnapping the bride before the wedding ceremony. Anyone from the circle of friends and family can steal the bride and then the groom must come to rescue her and pay the ransom. There is a similar custom in Wales where the best man steals the bride and takes her to the pub, while the groom needs to find them before the ceremony and sort out the bill.

Did you know that the dove release ritual originates from the Philippines? After the ceremony, the newly-wed couple should release two doves from a cage or let them fly into the air from their own hands. The two white doves represent their mutual love and marital happiness.

Did you know that confetti means sugared almonds in Italian? Throwing confetti at the newly-weds is actually an Italian tradition, and these sweet treats represent the blend of sweetness and bitterness of life which the couple needs to taste on the very first day of married life. Almonds covered in sugar are also given to the guests as wedding favours.

Korea: Geese & Ducks For The Mother Of The Bride

In Korea, the groom would give wild geese and ducks to their mother-in-law as these monogamous animals actually symbolise loyalty. Modern-day tradition says that the groom can give geese and ducks carved from wood instead of real animals, and they are usually very decorative sculptures painted in vibrant colours.

You have probably heard about the croquembouche cake, but perhaps you didn’t know that in France the newly-wed couple have to drink the leftover food and alcohol from a chamber pot (a bowl used as a toilet) in their suite after the reception. This traditional dish is called Le Soupe and it is supposed to bring good luck in marriage. If the couple accept to sip a little bit of that, they are rewarded with champagne and chocolate afterwards.

China: A Bride In Red

While the Anglo-Saxon tradition says that it is bad luck for the bride to wear red on her wedding day, it is considered as the luckiest colour in China. A Chinese bride is dressed in a qipao gown made of bright red silk accessorised with a red veil, while her mother holds a red umbrella above her head during the ceremony which is said to bring fertility and marital happiness.

If you like Japanese sake, then you will love the san-san-kudo wedding tradition. The bride,  groom and their parents participate in a sake drinking ceremony, and each of them should have three sips from three cups. The three cups represent human imperfections: passion, ignorance and hatred, and the number of sips is 9 because this is a lucky number.

Find out about the who's who of wedding tasks

Back to Planning Your Wedding Articles