The majority of wedding traditions date back thousands of years, and are in fact superstitious rituals which are meant to bring good luck or chase away evil forces. Many couples embrace these customs to preserve the tradition and ensure a happy marriage. 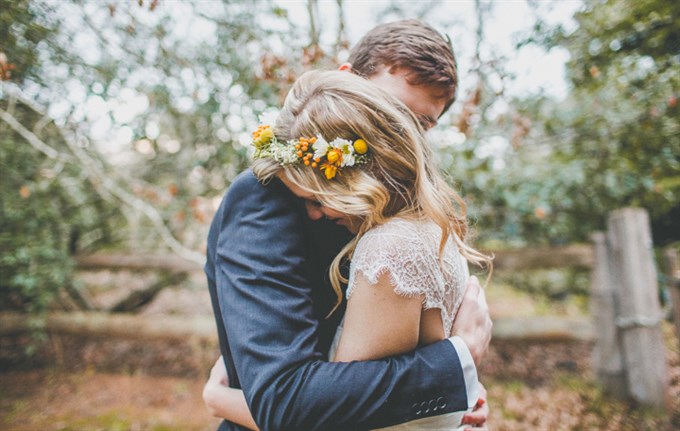 When To Tie The Knot?

There are many wedding superstitions related to choosing when to get married. Chinese people believe that couples should exchange their vows between the growing and full moon and between the half hour and hour, when the hands on the clock are moving upward. In Victorian times, choosing a month and day of the week was crucial. Wednesday was considered the best day to tie the knot, while Friday and Saturday were the worst options. Similarly, each month of the year bore a specific curse or blessing. While May is considered as the least desirable month, June was thought to be the luckiest.

One of the lucky rituals dating back from the Victorian era is that the bride should look in the mirror before she leaves for the ceremony. However, she should avoid doing that once she is already on her way to the church. Dropping the wedding ring inside the church is believed to wipe away all bad luck and church bells ringing after the ceremony are thought to have the power to chase away evil spirits. One of the most important wedding traditions is the kiss at the end of ceremony, but it is definitely more than endearment. In early Roman times it was established as a ritual equal to the signing of the life-long binding contract.

Breaking the glass during the reception is an old Greek custom that is supposed to bring luck to the newlywed couple. Famous wedding superstition says that the number of shards equals the number of happy years of their marriage.

Queen Victoria introduced many wedding traditions that we are still holding onto today and wearing a white dress is one of them. An old rhyme says that if you marry in white “you’ve chosen the right” while marrying in red means “you’ll wish yourself dead”.  Yellow and green are associated with humiliation and shame, while pink and blue are considered as desirable. To ensure they will have a happy marriage, brides often pin little charms to their under-layers. It can be a small horse shoe or a pouch with a piece of bread, cloth, wood and a coin.

The famous Victorian rhyme says that every bride should wear “Something old, something new, something borrowed, something blue and a silver sixpence in her shoe”, and it is one of the oldest wedding traditions in the anglo-saxon world. While “something old” refers to the bride’s past and connections with her family, “something new” symbolises her new life with her groom. To have “something borrowed” on the wedding day means that the bride should get some of the good luck from a happily married friend or a member of the family by wearing their piece of jewellery, a garter or some other accessory. “Something blue” symbolises love and fidelity and there are many ways to incorporate this colour into the bride’s outfit.

In many different cultures it is believed that the bride is very vulnerable and exposed to evil forces, which is why she needs to be protected. The custom of wearing a veil originates from old Rome where brides had their heads covered to protect themselves from evil spirits that were jealous of her happiness.

Serving round cakes is one of the wedding traditions that originates from the Romans. They made cakes from flour, water and salt and consumed them during the ceremony, while early versions of modern wedding cakes appeared in France during the 17th century and were made with fruit and nuts to ensure fertility. The tradition of a multi-tiered wedding cake was established in the late 18th-century London and, according to a legend, inspiration came from the spire of St Bride’s church, which had five tiers. It is believed that a wedding cake brings luck to the couple and their guests, and bridesmaids in England used to keep their slice and place it under their pillow so that they can dream about their future husband.

Traditionally, the wedding ring is worn on the fourth finger of the left hand because it was believed that a vein in that finger led directly to the heart. The custom survived until today and the rule applies for engagement rings as well. According to symbolism of jewels, a sapphire stone in a wedding or engagement ring means enduring love and marital happiness. The aquamarine is also thought to ensure a long, happy marriage, while a tear-shaped rock is considered as bad luck because it is associated with sadness.

The custom of throwing confetti at the newlyweds originates from Italy.  There is a lot of wedding superstition related to this ritual and guests used to toss flowers, petals, rice grains, nuts and sweets to ensure happiness, richness and fertility to the bride and groom. Nowadays confetti is made in all shapes, sizes and colours, but the most popular option is preserved rose petals, which are believed to bring good luck and sweetness to a happy couple.

The wedding tradition of throwing a bouquet originates from medieval times when it was believed that a piece of the bride’s attire brings good luck to anyone who gets hold of it. Eventually, this custom has changed and Queen Victoria established a tradition of giving flowers from the bridal bouquet to the bridesmaids. Back in the day, bouquets were made from flowers and spicy herbs, which were believed to dismiss evil spirits and bad luck. Blooms were picked according to the symbolism of flowers and roses were the most popular kind as they symbolise love. These days, bouquets and garters are thrown to single women and men at the end of the reception and it is believed that whoever catches them is the next one to get married.

Back to Planning Your Wedding Articles