Picking the soundtrack to that all-important first dance with your new husband can be tricky. From classic and romantic to contemporary and cool, we have rounded up the 17 best first dance songs! 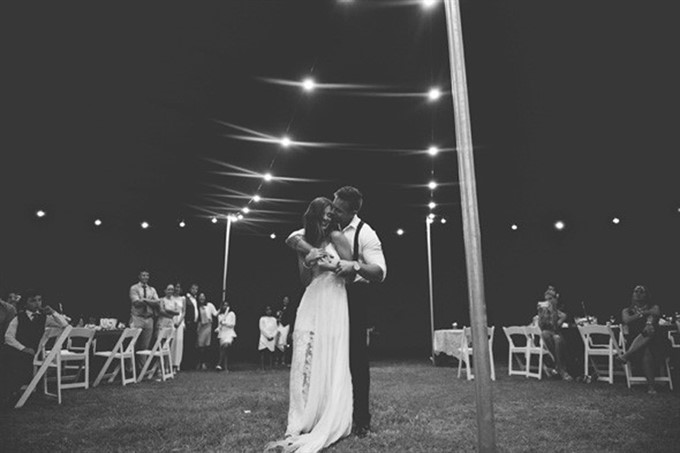 "All of Me" by John Legend

"All of Me" by American recording artist John Legendis from his fourth studio album Love in the Future (2013). It is a dedication to Legend's wife Chrissy Teigen.

“At Last” by Etta James

At Last! (1960) is the debut studio album by American blues and soul artist Etta James, which includes the title song "At Last" (remake of the1941 song written by Mack Gordon and Harry Warren). Etta James' version, with its passionate vocal and sweeping orchestration, is often chosen for weddings and wedding receptions.

"Ave Maria" is a song by American R&B recording artist Beyoncé Knowles from her third studio album I Am... Sasha Fierce (2008). Amanda Ghost, Ian Dench and Makeba Riddick wrote the song in collaboration with its producers Knowles and production duo Stargate. As stated by Ghost, "Ave Maria" was inspired by Knowles?'? and her own respective marriages.

“Come Away With Me” by Nora Jones

"Come Away with Me" is a song written by Norah Jones for her 2002 debut studio album of the same name. It is a classic song that will forever work for a first dance or even an exit song.

“Feel So Close to You Right Now” by Calvin Harris

"Feel So Close" is a song by Scottish recording artist Calvin Harris, released as the second single from his third studio album, 18 Months (2012). For a more contemporary first dance this song is a perfect choice.

Known for her stripped-down songwriting style centered on the folk music genre. A romantic song (even though Patty wrote it about her dog!) that is perfect for a first dance.

“How Deep Is Your Love” by The Bird And The Bee

The Bird and the Bee is an American indie pop musical duo from California. “How Deep Is Your Love” is from their album Ray Guns Are Not Just The Future (2009) and is a remake of The Bee Gees original track.

“Love Me Tender” by Elvis Presley

Released in 1956, "Love Me Tender" was adapted from Aura Lee, a ballad about the Civil War. It later went on to be one of the most romantic songs of its time. It also made Rolling Stone's "500 Greatest Songs of All Time" list.

"Lovesong" from Adele's album 21 (2011) is a song originally recorded by the English alternative rock band The Cure however she slowed it down and made it much more sentimental, perfect for a first dance.

“Only You Can Love Me This Way” by Keith Urban

"Only You Can Love Me This Way" features on the album Defying Gravity (2009). This song is a mid-tempo country ballad featuring soft guitar sounds.

“Kiss Me” by Ed Sheeran

Ed said this song was written about two best friends that fall in love. The boy falls in love first and it takes a while for the girl to feel the same, but, in the end, she does.

A popular version in an entirely new form was recorded by soul artist Otis Redding in 1966. Redding's recording features a slow soulful opening that eventually builds into a frenetic R&B conclusion.

“Ribbon in the Sky” by Stevie Wonder

"Someone Like You" is a popular, romantic ballad by Van Morrison and recorded on his 1987 album, Poetic Champions Compose. It has become a wedding and movie classic and is one of our favourites!

“Somewhere Over the Rainbow” by Israel Kamakawiwo'ole

Hawaiian singer, Israel Kamakawiwo'ol's medley of "Somewhere Over the Rainbow/What a Wonderful World" is global hit and a very popular choice for a first dance.

"The Luckiest" by Ben Folds

Ben Folds' song "The Luckiest" is about knowing that the girl he's with is the perfect girl for him, that they are soul mates.

“Your Song” by Ellie Goulding

Read our tips for your first dance