A hen’s night is one of those pre-wedding events all your gal pals are waiting for! Whether you are hosting a party or going to a venue, choose a few of these games to make the night even more fun! 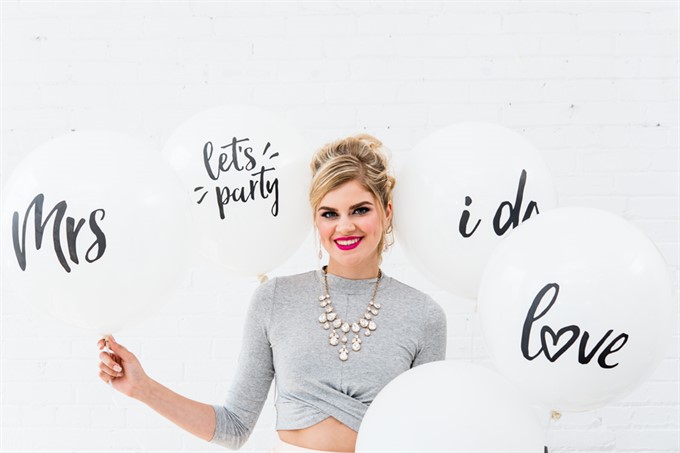 If you are hosting a party at home or in a private function space such as a hotel room or a rented country house, this game is perfect! Just split the guests into two teams giving them a variety of props. Think paper, feathers, sequins, tape, ribbon, tin foil and anything else you can think of. Get the groups to create two DIY wedding dresses in less than 10 minutes. Who is the winner? The one that creates the a unique, funny outfit! Another version of this game is to use only toilet rolls.

This party favourite has had a comeback and is a very popular game at hen’s parties. Wrap a funny gift and a little note with a challenge between each layer of paper. Once the music stops whoever has the parcel will open it, keep the gift and do the challenge. Challenges can be anything from funny to slightly embarrassing and even risqué! It is the perfect game to play at a table after dinner while you are waiting for dessert.

Make a list of banned words which aren't allowed to be said on the night. 'Wedding' and the groom's name should definitely be on the list! The only rule is that nobody should mention the words during the night and whoever does has to do a dare pre-arranged by the bridal party. You can also play this game by giving everyone a peg, necklace or ring. When you catch someone saying a banned word, they have to give you item. The person with the most at the end of the game wins a prize.

How Well Do You Know The Groom

This game can be played pretty much anywhere. The idea is to test the bride on how well she knows her future husband. You need to create a list of questions about the groom before the hen's party. For every answer the bride gets wrong she has to drink a shot. If your bride doesn't drink give her a marshmellow to put in her mouth for every wrong answer. Film the game so the bride can show it to the groom later.

Never Have I Ever

Never have I ever is a great game that involves drinking alcohol. Everyone should admit to something they've never done, and if anyone in the group has done it, they have to take a sip of their drink. You will hear some funny stories and there might be a few surprises!

It isn’t a hen’s party if there aren’t any balloons, right? Why not play a little game with them! Pass the balloon is the perfect game to play without putting down your wine glass as you don’t need your hands. Split the group in two and give each a balloon. The goal is to pass a balloon to the next person without using your hands!

All you need for this amusing game is a bunch of post it notes and a pen. Everyone should write a sentence on a note and all of them should be given to the bride whose task is to guess who wrote what. Pin all the notes to a cork board or stick them in a notebook and it will be a great keepsake for the bride!