From your engagement to the big day, here are some wedding traditions that involve the bride-to-be’s parents. 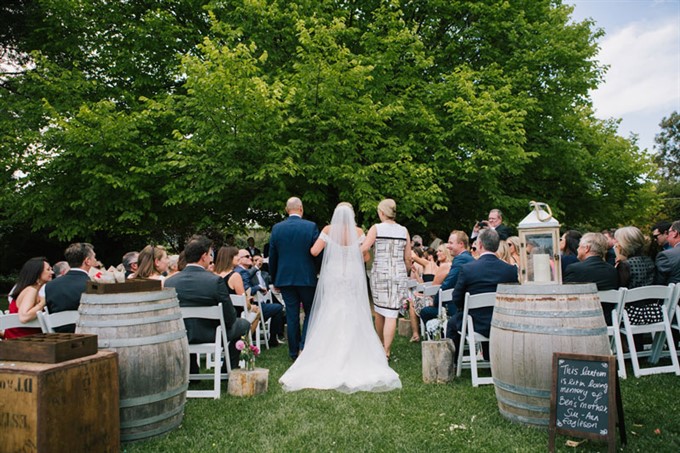 According to tradition, the bride’s parents should host the engagement party. Their responsibility is to announce the news in the local newspaper and then invite family and friends to a celebratory lunch or dinner. The purpose of this event is not only to celebrate the engagement but also to get the two families together before the wedding day. The bride’s parents should also pay for the engagement party as the event usually takes place in their home, but they can also pick a convenient venue for this occasion.

The bride’s mother and father should also host the wedding ceremony and reception. Tradition says that all the costs should be covered by them, even though modern couples often avoid this rule as they prefer to split the bills.

The bride’s mother traditionally has a lot of responsibilities during the wedding planning process. She should help the bride pick wedding stationery and the wedding gown, but also help her choose decorations for the ceremony and reception and keep records of the gifts received at pre-wedding events such as the engagement party and bridal shower.

The mother of the bride traditionally gets to pick her wedding day outfit before the groom’s mother. The mother of the groom should ask her what kind of attire she plans to wear and then opt for a similar style. Both mothers should avoid wearing white or any of the wedding colours which are reserved for the bridesmaids.

The father of the bride can assist the bride and her mother in preparing the guest list and should purchase wedding day attire for the groomsmen and other male members of the wedding party.

The father of the bride should escort the bride down the aisle while holding her left arm and then symbolically give her away to her future husband, although some modern brides opt for her mother to also accompany her down the aisle. During the wedding ceremony, the father stands left of the mother in the receiving line.

Styling & shopping tips for the mother of the bride