Brigitte Bardot was a bride four times in her real life and six times on film, and her peculiar collection of wedding dresses include everything from a buttoned-up Victorian gown, to a 1950s pink gingham-style frock, and a simple orange slip dress. 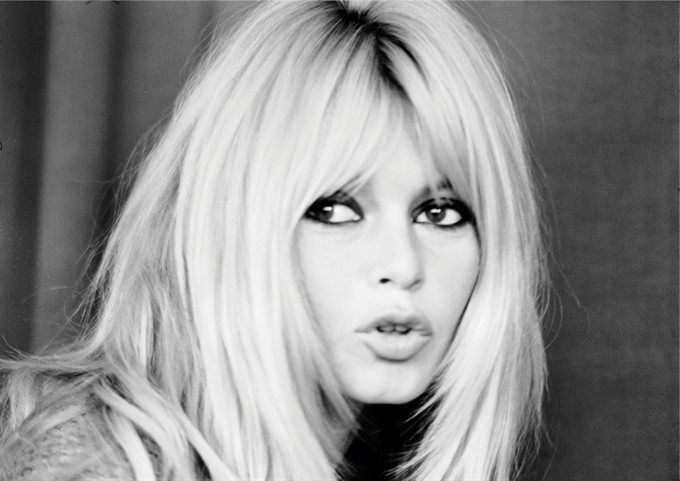 Brigitte Bardot is a style icon who invented the off-the-shoulder neckline, which is also known as the ‘Bardot neckline’, and popularised some of the most outrageous 1960s fashion trends including the bikini, tousled beehive hair and winged eyeliner. Her adorable style was cutting-edge, but also very sexy and feminine, which is why it was incredibly influential in the world of fashion and the bridal industry. 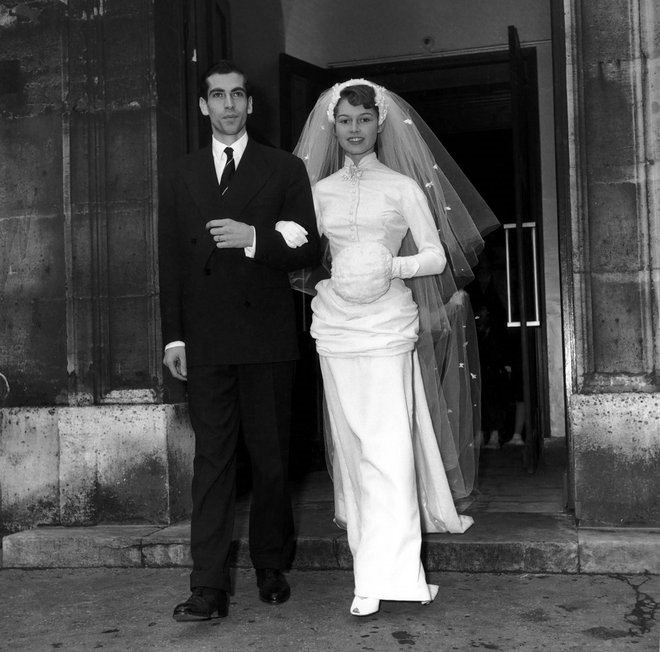 This femme fatale got married four times, and her first wedding gown was an elaborate creation by the famous Parisian dressmaker of the 1950s, Madame Ogive. It was in December 1952 that the actress made her first walk down the aisle to marry Roger Vadim, and the dress had to be spectacular. Inspired by the late Victorian and early Edwardian epoch, it was surprisingly old-fashioned and nothing like that iconic Bardot fashion style she became famous for. It featured a high collar, long sleeves and train, but the silhouette accentuated her curves and her accessories included a chic white muff, embroidered veil and open-toe shoes. 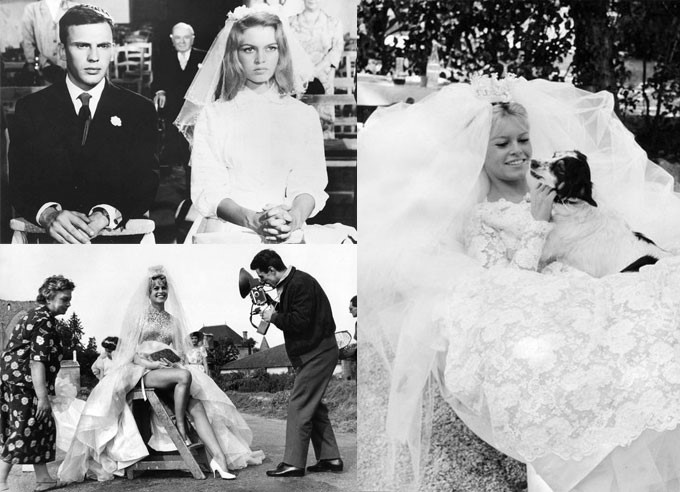 The wedding dresses she wore in her films during the 1950s looked more like that famed Bardot fashion style than the one she picked for her own big day. In And God Created Woman, she wore a shirtdress by Pierre Balmain, and in Her Bridal Night she appeared in a glamorous gown with a translucent lace top and draped bouffant skirt, which was also designed by Balmain. She looked even more sensual in the Jackques Esterel’s dresses when she filmed La Parisienne and Come Dance with Me!, but for her wedding with actor Jacques Charrier, she picked a remarkably effortless pink gingham frock from the same designer. 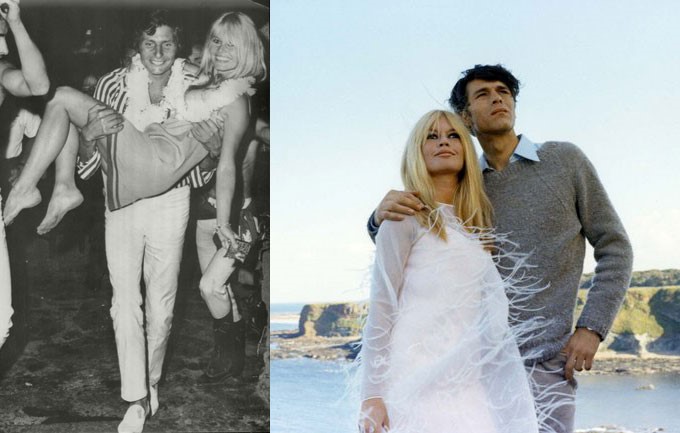 In 1966, Brigitte Bardot married German industrialist and playboy Gunter Sachs and wore a plain summer mini dress for her Las Vegas wedding. 1960s fashion was all about liberation, and this casual barefoot look shocked everyone, as it was the exact opposite of the buttoned-up gown she wore for her first wedding. Her bridal outfit from Two Weeks in September was the epitome of 1960s fashion. It was an A-line dress with long sleeves and feather embellishments created by Tanine Autré, and it definitely coincided with the legendary Brigitte Bardot fashion style, while the fringed wedding dress with dropped waist and a dramatic veil turned her into a 1920s bride in Rum Runners. 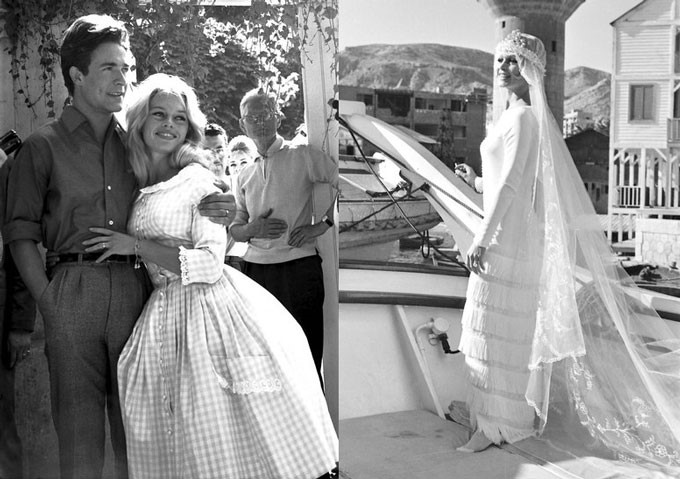 Not many women get to wear as many wedding dresses in their life as Brigitte Bardot did. From that Victorian-style gown she picked for her first wedding in 1952 to a flapper dress by Jacques Fonteray she wore in 1971, each of these looks had a major influence on bridal fashion and keeps inspiring brides around the world.

See the most iconic wedding dresses of all time