The Most Stylish Royal Brides

Royal weddings continue to inspire brides around the world as they dream of walking down the aisle in their own fairy tale gown. From Queen Victoria’s opulent lace ballgown to Princess Mabel’s eccentric dress, the styling of real-life princesses has contributed to the history of bridal fashion. 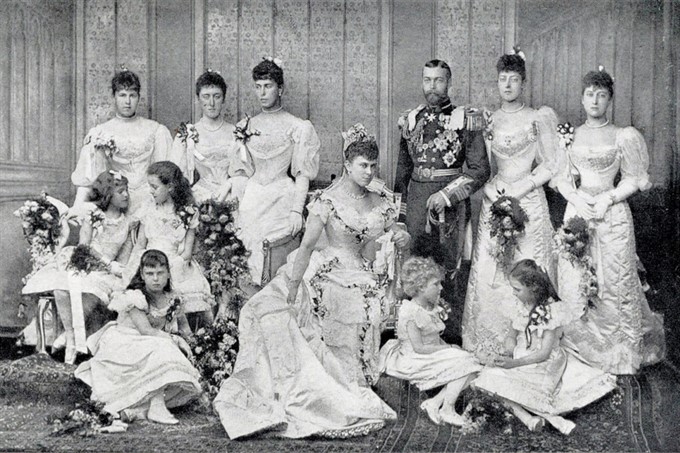 Back in 1893 Queen Mary tied the knot with King George V in a wedding dress made from white satin and Honiton lace also used for her mother’s wedding gown and decorated with bright orange flowers. She also wore a long, simple train attached to the dress, her mother’s veil fastened with diamond pins given to her by Queen Victoria and small floral wreaths around the bust and in the hair to match the ornaments on her gown. 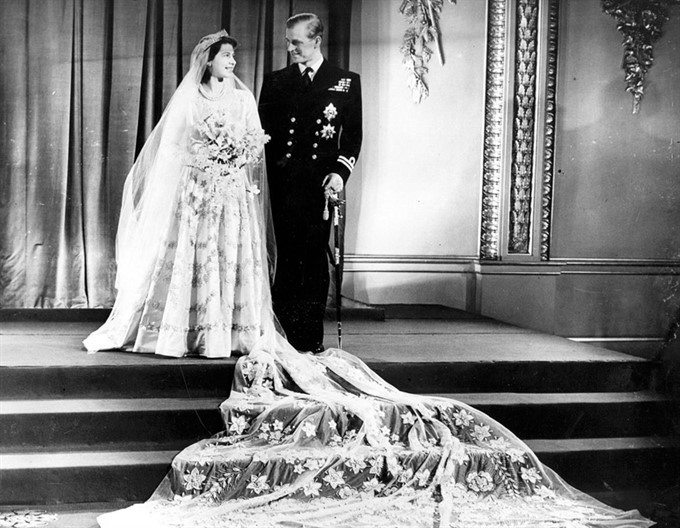 The wedding dress of Queen Elizabeth II, designed by Norman Hartnell, was inspired by Botticelli’s painting Primavera and featured embroidered flowers and 10,000 seed pearls. Since the wedding of Princess Elizabeth and Philip Mountbatten was held in 1947, when Britain was devastated from World War II and had introduced austerity measures, the Princess was given hundreds of clothing coupons from brides-to-be around the country to buy the material for her wedding dress. 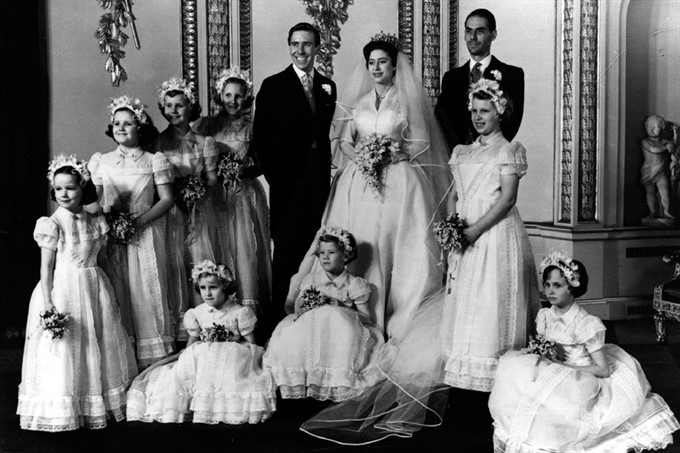 Princess Margaret’s wedding gown was also designed by Norman Hartnell but is very plain with a minimum of embellishments. It includes a fitted bodice and a full skirt of fine diaphanous silk and Life magazine named it “the simplest royal wedding gown in history”. 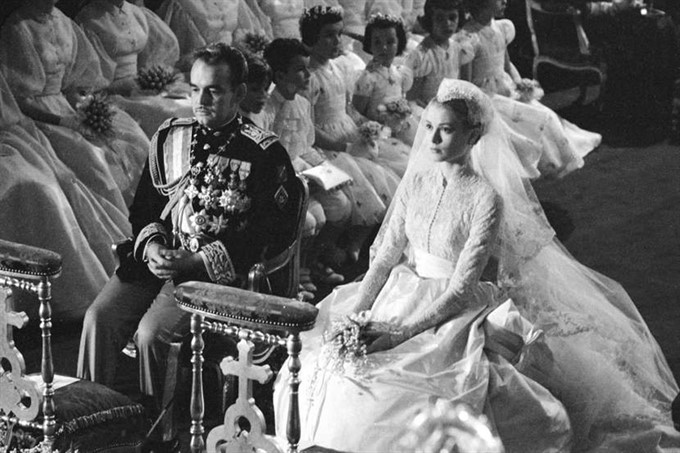 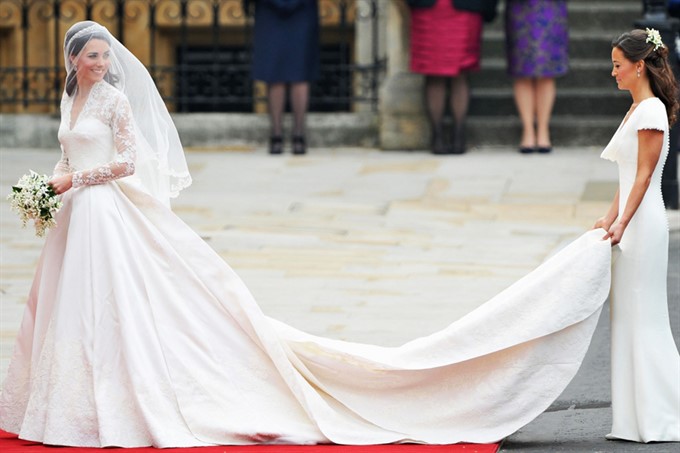 The dress Grace Kelly wore at her wedding with Price Rainier III in 1956 is probably the most iconic wedding gown of all times which inspired many designers including Sarah Burton who created Kate Middleton’s wedding dress. This chic long-sleeved gown with lace bodice and a big skirt is the embodiment of a fairy-tale wedding dress that many modern brides are fantasising about. 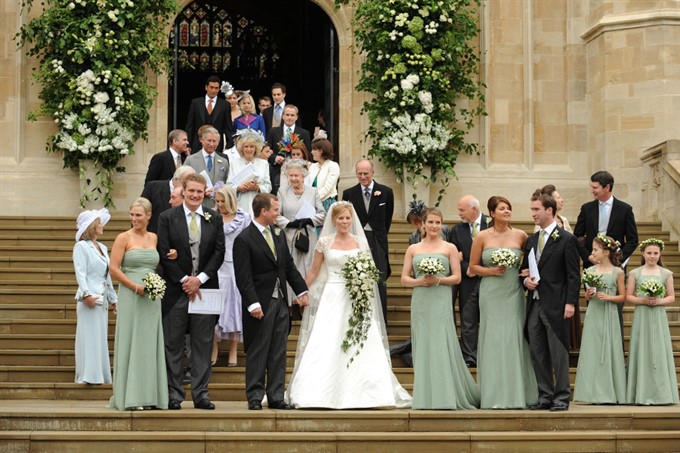 Made from Italian duchess satin and Chantilly lace, the dress Autumn Kelly wore to her wedding with Peter Phillips in 2008 was very elegant and traditional, but also quite simple. It was priced at approximately $3,000 and accessorised with a small lace bolero to cover the bride’s shoulders, family tiara and jewellery Autumn received from her husband-to-be. 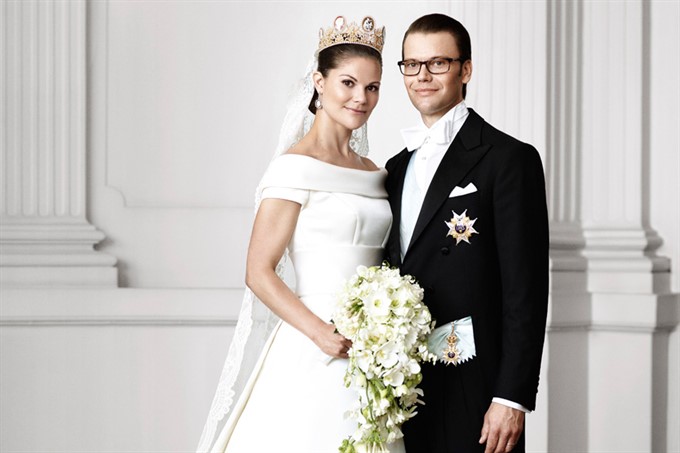 Another simple and yet stylish royal wedding dress is the one worn by Crown Princess Victoria of Sweden when she married Prince Daniel in 2010. The streamlined off-the-shoulder gown made from ivory silk was paired with a dramatic 5-metre long train and a cameo tiara which is a beautiful historic piece dating back to Empress Josephine. 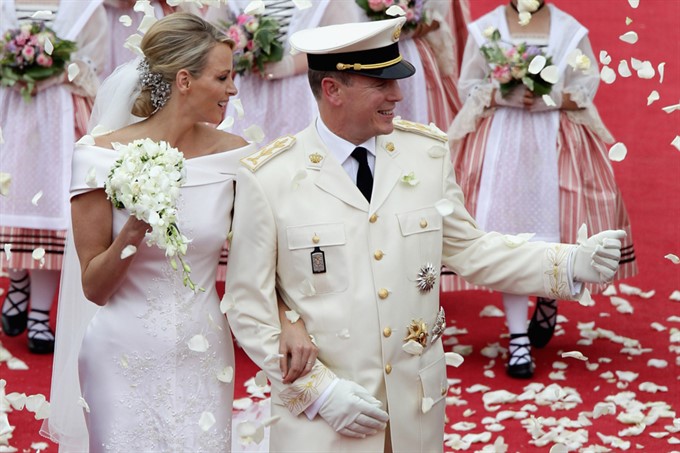 Charlene Wittstock also wore an off-the-shoulder dress for her wedding with Albert II Prince of Monaco in 2011. Giorgio Armani, who wanted to create a contemporary dress that would not be compared with the one Grace Kelly worn to her wedding designed it. It took 2,500 hours to make and featured 40,000 Swarovski crystals, 20,000 mother of pearl teardrops and 30,000 stones in gold shades. 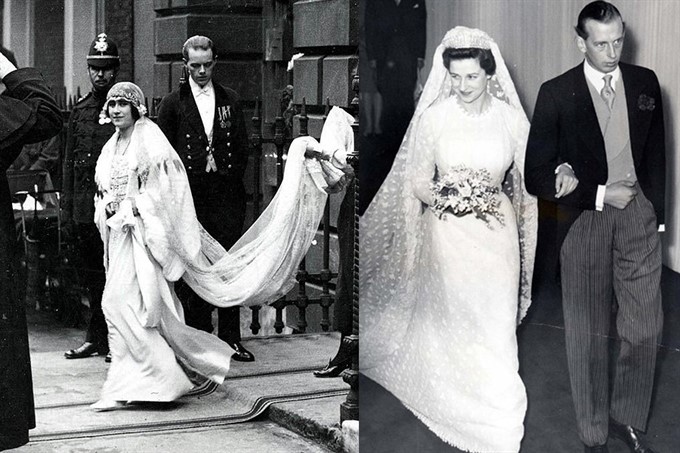 Some royal wedding dresses were quite eccentric and fashion-forward, breaking away with traditional rules. When Lady Elizabeth Bowes-Lyon married King George VI in 1923, she wore a flapper-style crepe dress with dropped waist and a heavily embellished bodice. Surprisingly, she opted for a trendy outfit rather than a traditional court dress, which was a very unusual choice at the time. She paired the gown with a short train and a long veil, which covered her bob-cut hair like a hat.

Princess Alexandra of Kent also picked an unconventional outfit for her wedding with Angus Ogilvy in 1963. John Cavanagh designed the gown and it was made from lace crafted in France, even though British royals were expected to wear wedding gowns, which were exclusively made in Britain. She decided to transform her 21 feet long court train into a wedding veil, which was quite extraordinary, especially because it was made from the same kind of lace as the dress itself. 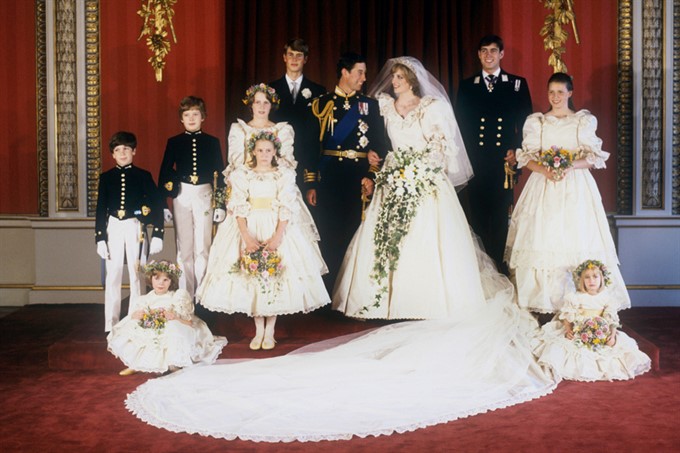 Lady Diana Spencer was well known for her extravagant taste and even though she opted for a traditional royal glamour and picked a princess-like ball gown for her wedding with Prince Charles in 1981, her outfit choice was somewhat controversial. She asked relatively unknown designers David and Elizabeth Emmanuel to make her dress and their stunning creation was priced at £9,000 as it featured a voluminous taffeta ball gown skirt, dramatic puffed sleeves, enormous 25 foot long train, antique hand-made Carrickmacross lace, intricate embroidery and 10,000 hand-sewn pearls. She also wore the Spencer family tiara for that occasion. 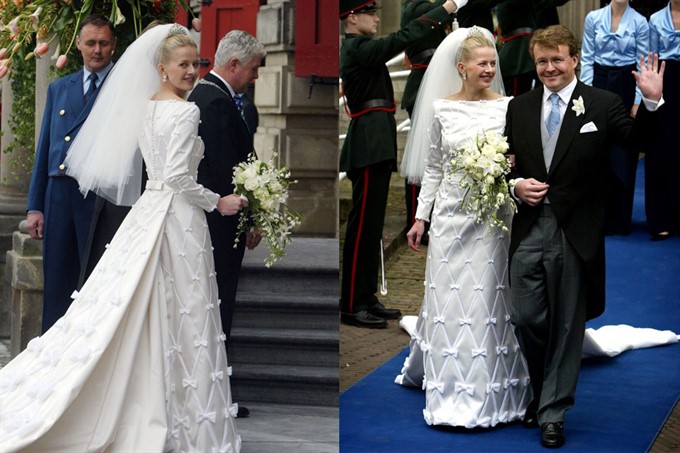 Mabel Wisse Smit was one of the most fashion-forward brides in the history of royal weddings and her choice was an extravagant dress from Dutch designer duo Viktor & Rolf for her wedding with Prince Johan Friso in 2004. It took them over 600 hours to make the white double-faced duchess satin gown with a bateau neckline, flared skirt and 248 handmade crepe georgette bows which are covering the entire dress as well as the train.

See the most iconic wedding dresses of all time